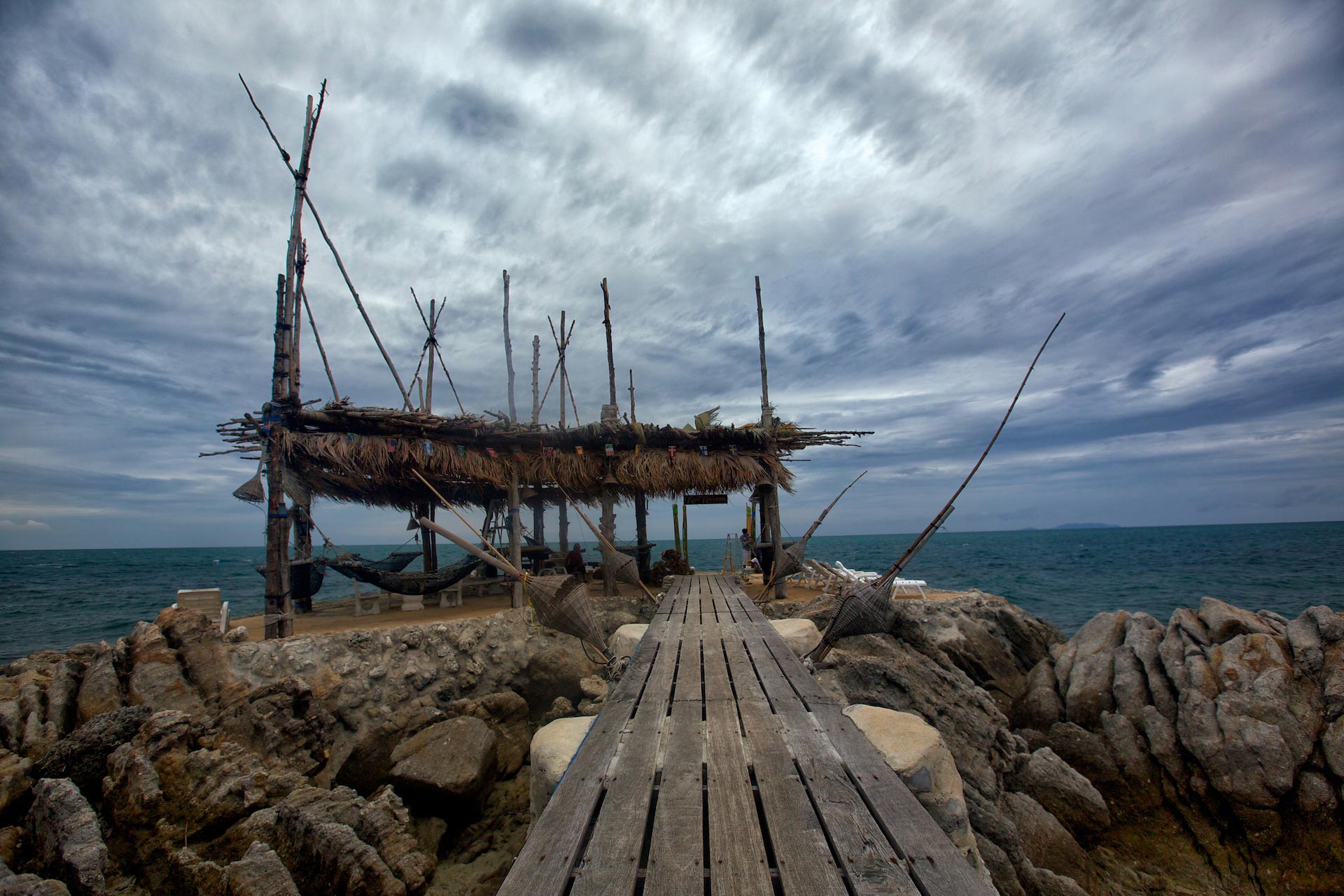 it’s been about many years since ive posted any sort of story. and not to be outdone by my extremely lazy side, ive simply found something else that i haven’t posted before. i think only kimmy has read this while we were locked in a dungeon at ryerson (ie, 3rd year creative writing). written around April 2007. probably.

“Do you have a quarter?”

“Oh okay.  It just looks like you walk with one between your ass cheeks.”

That’s Robert Prior, or as he likes to be called, Mister Robert Prior, cliché-extraordinaire. Nobody likes him or his fanny pack. He’s also quite an asshole.

“You’re quite an asshole,” says the other man, stuck between a wall and Robert’s fanny pack. His name is Jason Hill of Jasonhill and luckily, he hadn’t packed his suitcase yet. He’s a conflict management professor or something, but at this particular moment, he really wants to boot Robert out the airlock.

Robert then changes the temperature with his mind, because that’s just the sort of thing he would do.

Frank threw the telephone across the room, causing it to shatter.

Quickly, Frank jumped across the bed to the drawer, grabbed a bunch of underwear and threw it at the suitcase. Most of it missed. He grabbed more and threw again. Some more filled the suitcase.

Frank was in a rush, Jason was probably already waiting.

The bathroom was at the other end of the bed. Frank tried to hop back over the bed again and tripped. As he stood up, he noticed that his forearm was somehow bleeding. The underwear was closest so he picked up a pair and wrapped it around his wound and walked to the bathroom.

After stubbing his toe on the door, he looked for a toothbrush, found it and threw it at the suitcase too, this time hitting his target.

Frank glanced around and noticed a face towel. Looking at the underwear, he realized how foolish it was and wrapped his arm with the towel instead. He threw the red underwear back across the room. It landed on his toothbrush.

He walked back across the bed, this time avoiding jumping, and picked up some socks. There were dirty with sweat. All of them. Just as Frank was leaving with the suitcase, he wondered if he remembered to pack the toothpaste.

Not without missing a beat, Jason replies, “I’m cold.”

The two of them head towards flight deck. Frank spots Robert Prior standing by an airlock. “There’s Robert.”

“I don’t like him. I’d like him a lot more if he were booted out an airlock.”

As Frank and Jason pass Robert, Frank throws his suitcase and hits the “open” button beside the door. Robert reacts, a little timidly to the door opening behind him, just enough time to not notice Frank’s boot have a door with Robert’s chest. Robert flies out the airlock into a whole lot of nothing. Frank’s suitcase opens to allow an orchestra of underwear, sweaty socks and one toothbrush to fall out onto the floor.

“Well, that was unlikely,” Jason comments.

“Who care, we’re late. Let’s go,” Robert says as he picks up his toothbrush and puts it in his mouth. “You don’t happen to have any toothpaste, do you?”

Not a far distance away, Mr. Robert Prior floats in a whole lot of nothing. Bored, he takes out a small book-like object and searches for an entry on what to do when you’re locked out in space. As he was doing this he became slightly chilly, so he changed the temperature of the Universe, because, well, that’s just what he does.