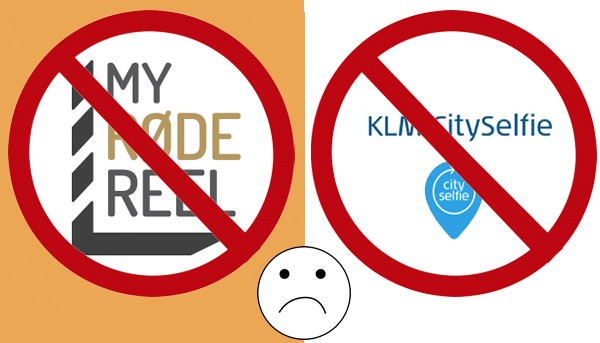 Why you shouldn’t waste your time with large competitions

Here is some evidence that there is actual confusion within and they don’t even know their own rules.

Somebody had asked why Rode why the winning film was even considered, as it didn’t adhere to the guidelines. This is their response. And here is a screenshot of their rules stating this.

To be clear, I think the film is quite good. It’s a simple issue of why have rules that all of us followed, except the winner.

Now for a much LARGER issue. And if you look on their page, you’ll see there’s hundreds of people upset.

Here is a screenshot where the user specifically asked if they could use music, and they were told no. I don’t think it can be any clearer than this.

This is important. The two recent contest/competitions I’m going to call out on their Shenanigans are absolute Mammoths.

They don’t care about you. There is irrefutable evidence that I will present.

The two “they should have known better” organizations that have broken the not only sacred but “what are these assholes thinking” rules are RODE and KLM.

To get something out of the way… I have absolutely no ill-will towards the winners. Nor do I hope to gain anything directly if they are to be (by literally every rule set forth by them exclusive) disqualified. This is NOT about me.

Instead, I am both offended and insulted by these incompetently run “contests” that I simply cannot keep quiet about (yes, I have been asked to silence).

One of these is absolutely more at fault than the other.

I will start with the lesser evil.

The winning entry for about (and I counted), $20,000 worth of gear didn’t happen to follow one of the simplest of THREE rules set forth by the competition.

Easy to follow, right? The first offence of the winner (of roughly $20k in prizes mind you) is that the the film is 2 seconds too long. Okay, okay, that’s not THAT big of a deal, and really, I don’t care since YouTube adds 1 second to an embed and the entry messed up and still was a second too long. These are minor things, and even though they absolutely deserve to be disqualified on this alone, I would’ve moved on.

BUT, they not only failed on this SIMPLEST of requirements, but they were actually a FULL 2 minutes and 45 seconds over on their behind the scenes submission.

Why does this make it even worse? Aside from not follow the three EXTREMELY simple rules for submission, but they have now broken TWO of them.

As anyone one with eyeballs that read the rules can tell you, we spent time on making sure we cut enough frames to make sure our submissions made the cut. This takes time. . A lot of it. Instead of working on many some effects or better sound mixing, neither of which were required outright, we spent the time on meeting the requirements. Many of us did double duty, so the “polish” time in our films was effectively halved.

I would like to point out once again that I personally have nothing against the winner. Their film was quite good and the errors on the tech can easily have been fixed. But that’s not the point. What RODE is effectively saying is that to win, we do not care at all if you follows the rules. In fact, our rules mean SO LITTLE, that you can win if you spend your time on other things that put you above the competition.

From the stand point of someone who spent a large portion of their vacation SIMPLY BECAUSE these rules were clear, I can safely say that I have been tricked and fooled by a couple of fucking assholes just so they can drive a couple more hits to their website.

And this brings me to a much larger culprit of injustice: KLM. Yes, the Airline from Holland.

You may ask what this has to to with contests etc.

It’s quite simple: roughly a week ago, I was contacted, both unsolicited and out of the blue, by one of their CitySelfie representatives. They said they were impressed by my work and hoped that I would like to contribute to their campaign – and provided me with the guidelines.

At first, I was honoured and thrilled to take part. In the email, the instructions were extremely clear, and upon further time spent on both their terms and conditions and the FAQ, it was, without ANY shadow of a doubt as to what I was to create. I will list to you now, word for word, what was asked:

1. Go outside, and find your favourite spot in your city
2. Point your camera (or phone) at yourself
3. Hold the camera horizontally (so in ‘landscape’ mode)
4. Make sure your’e at the end of the frame, so we can see your surroundings
5. Press record and say in one sentence why this is your favourite spot
6. Finally, make a 360 degree turn. Clockwise (to your right)

If you take a look at the winner (which I will not link out of principle), you will see that more than half of these were not followed.

The largest offence of course is that the winning entry was of course not original in the slightest, it ripped off the format and concept created by Alex Chacon (@ModernMotoGuy) in his now world-famous 360 degrees around the world selfie.

But that aside, I will list to you the ways that the winner didn’t follow the guidelines (that everyone else that is now pissed off did).

1: NOPE. A spot, by LITERAL definition, is a single area. Not multiple locations, as done by the winner.
1b: NOPE. Lombock is not a city. If KLM meant any place at all, they should have not specifically pointed out that you need to find a spot in your city (as also relayed to me in an email from KLM)
2: yup, this was done.
3: yup, this was done.
4: NOPE. The entry is in the very centre of the frame, rotating between cuts.
5: NOPE. This was done 9 seconds in, it is in unintelligible English (I don’t blame him for being a non English speaker), but the video does not start as requested.
6: NOPE. The video STARTS this way, which the very word FINALLY signifies that it should not have, and ends this way.

So, for those keeping track at home, out of 6, only 2 were followed.

Now, do I have any ill-will towards him? No. He saw a cool video online, figured out how to do one himself, and did.

Do I even think that I personally was a potential runner up? No.

But I am absolutely for the fair competition of those involved. There is an individual out there, who not only followed the rules as KLM set out themselves, but also created the most inspiring video. THIS is the person that should have won this competition. I am writing this for them, as well as all fair competition world wide.

Do I have any doubt that the current winner stood out? Of course not… they did something that was not requested… They automatically stick out. Even though the island of Lombock actually pales in comparison to such places as Koh Samui, or the island of Japan proper, or even an island like Qatar. In more ways than one these places are more inspiring, and this had already been proven by the simple numbers of people that have visited them.

But the issue here isn’t specifically with them… It’s with the team that simply put, wasted our time.

But it gets even better.

When over 150 different people have pointed this out to KLM over Facebook and I’m sure twitter/email… Instead of accepting their mistake and apologizing to the community, what did we get instead? A number of posts stating COMPLETELY DIFFERENT rules, that literally not a single living person has been privy to.

On top of this, and I’m not making any of this up, but another poster has proven beyond a shadow of a doubt.., they specifically messaged KLM on May 30 if they could use music in their entry, and KLM (on Facebook) stated very explicitly NO… what does the individual do? First, they deleted the post with the proof incriminating them in their contradiction. Then, they offered a blanket copy/paste stating a whole bunch of rules that were not part of the competition.

I wish I were kidding. This has gotten into the “Holy shit, are they really that dumb” territory.

I’d like to state again that I do not wish to gain anything personally by the disqualification of these so-called “winners”. I am simply extremely offended that I was asked to spend my time to help THEIR ad campaign with the potential promise of recognition and prizes when I literally stood no chance at all the moment I decided to follow their rules. I had better things I could be doing.

The incompetent individuals that caused both of these massive fuck-ups are hiding behind their faceless corporation status. There is no one that could directly be blamed for this. So instead the ENTIRE corporate identity is to blame.

Some responsibly needs to be taken.

Will I actually never end up buying another Rode product? Probably not. The products are good. Will I actually believe a single thing coming out of their marketing and pick them over someone else? Never for the rest of my career nor with the dozens of production houses I work it. Brand loyalty lost.

On the flip side, will I actually never fly KLM again? This one is a resounding yes. I fly a lot for my work, and even have many thousands of air miles attributed to them, but usually have a choice. It’s really not that hard. Given the big “F-you” that the individuals behind this have displayed, as well as the lies and deception that they have since tried to pass on to those that have rightfully pointed out their folly, I have decided that if I see KLM anywhere in my potential itineraries, I will personally go out of my way and find alternatives.

Do I think that either of these soulless mammoths will read these words? Not really. But I do hope that you, as a reader, will recall how neither of these companies actually care about you in the slightest, and then easily find alternatives instead. I know I have. It really isn’t that surprising, and I don’t think I’ll change anything at all… But at least I will do my part.

And it’s a shame too…that the actions of a few dim-witted individuals could have such far-reaching consequences of otherwise reputable brands.

I hope that each of you will keep this in mind, the next time you deal with either of these soul-less beasts.